When entrepreneur Wendy van Ierschot (47) woke up one Saturday in March, she saw spots. They were quivering, like bacteria under a microscope. “Oh no—not again!”” she thought at once.
‍ 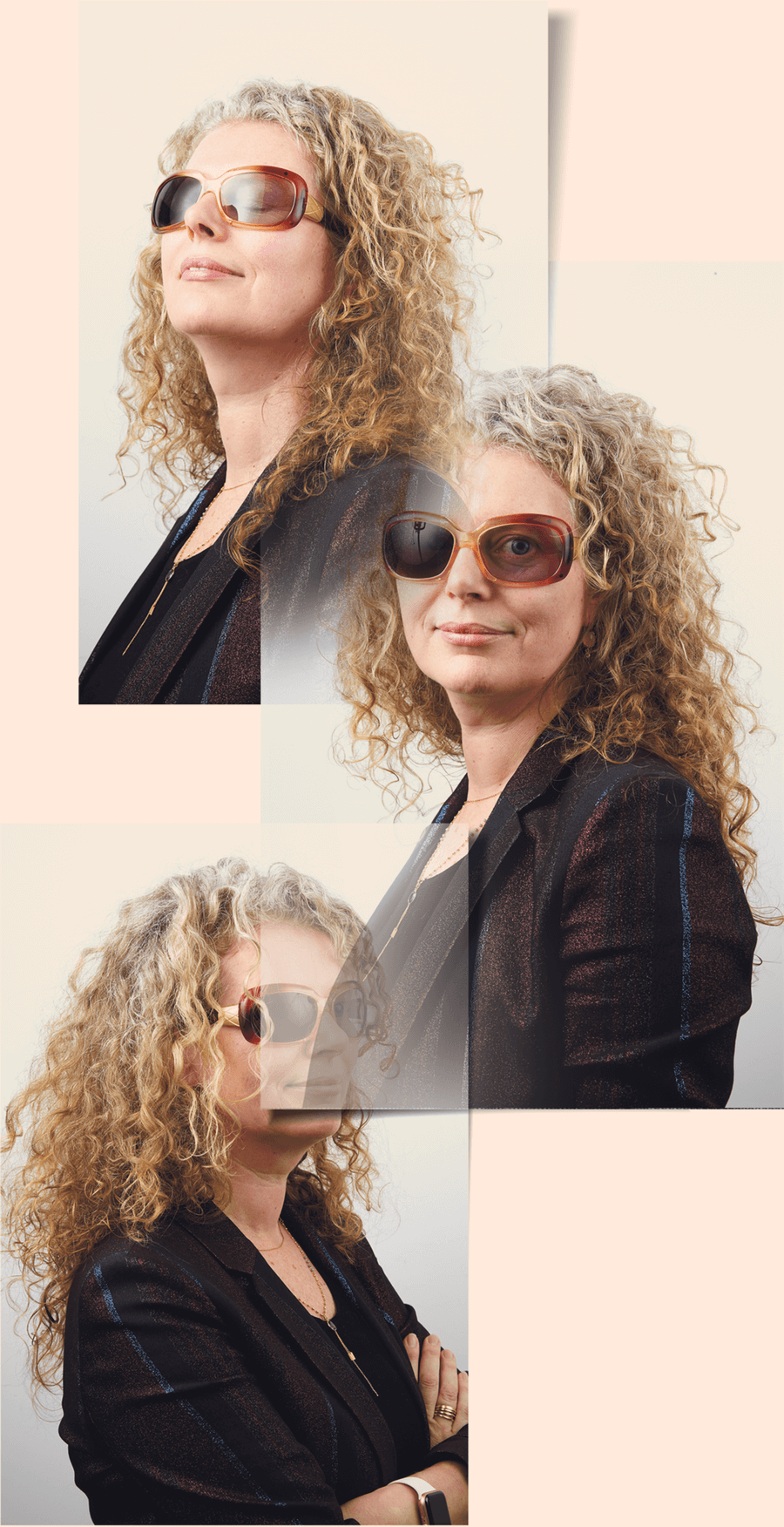 Source: Financieel Dagblad 2018
‍
At noon that day, she was in the hospital. Her ophthalmologist had bad news: her retina had become detached. "‘Oh no—not my good eye, too’, I thought," van Ierschot tells us. "It was just awful. I had tears streaming down my cheeks. That was a feeling I can still feel now. It just felt so unfair.” This was not the first time she had had to deal with a retina that became detached. Exactly two years earlier, the same thing had happened to her right eye. The recommendation she’d had was to have her retina operated on within 24 hours, but Van Ierschot realised only after a week-and-a-half that it was serious. And that is why the macula, with which the eye focuses, had become completely detached. This eye operates at just 20% power.

NO FLASHES OF LIGHT
“That first time, I thought the quivering and the spots in my vision would pass—that it was some virus, or an ocular migraine. I had never been sick. After I was diagnosed, I was bawling for a whole day. But my other eye was still good, so that seemed to make up for it. Soon enough I got to thinking, "Well, it’s really bothersome, but I can live with it.”

That was not the same feeling she had in 2018. Just like the first time, she did not have the symptoms of a detached retina, such as flashes of light or black spots. "But two hours later, the quivering still hadn’t stopped. Straight away I thought, "I have to do something—I'm not going to wait and see again.” She was admitted at once. But the macula had already become partially detached. In the end, she was left with 70% of her vision in her left eye.

For the first few days, she could see practically nothing. "There were so many questions bouncing around in my head at the time. Would I still be able to drive? Why did I not get a fresh start so soon after my divorce? What did I do to deserve this? How can I run my businesses like this? And how many CEOs, in fact, are blind?”

A LOSS OF 100K
With her company, VIE People, which she founded in 2002, Van Ierschot supports companies that are growing rapidly, or would like to, in the field of HR. ‘We offer advice, and think strategically along with the companies, but we also relieve the operational pressure. We have been working with some customers in an HR module for as much as ten years—from start-ups to organisations such as Booking.com.”

Her business has grown considerably. She has an office in Amsterdam and employs 25 people, the majority of whom are placed in- house with customers. But it turned out, already when the first retina became detached, that the company had been relying heavily on the woman in charge of it. “I used to find it easy to work late, when the kids had gone to bed. If things were piling up, I'd be the one to get everything caught up.”

Since 2016 this has no longer been possible, because she has to put a lot of time into rehabilitation, and also because her energy level had dropped—and this has had major consequences for her company. "I used to be the one to do all the acquisitions and close all the deals.” As a result, she faced a loss of €100,000 in that year.

She decided things would have to change. That earlier history turned out to be a boon in 2018. Because while she was rehabilitating, her vision remained poor for two weeks: she could see virtually nothing. But in the meantime, her business was carrying on. “Thankfully, after the first retina became detached, we’d made the company less dependent on me, and more structured. And they took on a PA right way, because of course I wasn’t able to read my mail either.” Her operational manager, Mechteld, would come by every week. "Lying on the couch, I would tell her what she had to do, until one day, she said: "OK now, Wen, you've been out for five weeks now, and I've been taking care of everything. How about not telling me, in the one hour I’m here, everything I’ve got to do?” And that's when I heard how downright bossy I was sounding. She was absolutely right. I’d always been doing that, but without being conscious of it.”

"NEVER WASTE A GOOD CRISIS”
After four months she was able to go back to work. That was months longer than the first time. In the meantime, her team had picked up the pieces and was working independently. That also changed the role that Van Ierschot herself was playing. “How should I go about coming back? Maybe not in the same way as before. It’s like they say: "Never waste a good crisis.”

To get an answer to her question about coming back, she did a survey among her employees with the question: “What did you miss when Wendy was not around?” "And there was no one who said, ‘That you checked the bids’", she says with a laugh. Most of all, they told me they had missed being inspired. I am now more heavily involved in strategy and marketing, speaking and investing. "Less hand-on—and I like that better myself.” But that, too, is possible only in moderation. "Even now, after a year, I'm still not back to rights.” Her one good eye has a distortion like from a hall of mirrors, and the image keeps shifting about. The other eye can't stand the light, as though it’s staring right at the sun. "It’s utterly exhausting”, says Van Ierschot. That's why she wears filter glasses. "That brings some relief, but none of this is easy.” And it raises a lot of questions: “I've been thinking about making a video to explain to all our customers right away why I'm wearing this. In the beginning, I even found it difficult to go outside.” Then I heard myself at the supermarket checkout explaining why I was wearing glasses. That can really wear you down.”

ACCEPTING THAT IT DOESN'T GET ANY BETTER
This acceptance process is in full swing: "I’m coming to realise, slowly, that this is it. I’m not going to get back to the level I was at before. Accepting today is easy, but I always had hope for tomorrow. But it won’t be getting any better. And that's tough.”

Van Ierschot is now looking more critically at her agenda. “My team and our customers—that's the priority. I can't work all day and then go out to dinner in the evening. I keep trying—going out to the pub for example—but then I have to pay a hefty price for that later. Still, I'd like to do that more. On the other hand, I also know that I should be back in bed after this appointment. And of course, that's just a drag.”

Since April, her operational manager, Mechteld has been taking over the full responsibility in Amsterdam. She’s running the company. "I want to help companies grow, and I want to grow myself.” In July, then, VIE People will open up an office in Rotterdam. “I believe even more strongly that this company can actually become quite big. We really have something to offer at the human level. In fast-growing companies, things often go wrong for the team and for recruitment: for example, as a founder, you don't let go enough or you hire the wrong people.” She is now forced to let go of that herself. “It may well be that in ten years' time I look back and think this is the best thing that could ever have happened to the company. "But for me as a person, of course that’s not so.”